While my aran swatch has been drying, I've been catching up on some boring but necessary winter knitting. For the last couple of months, I've been wearing my Bandana Cowl--the one I made from my very first spindle-spun wool. I knitted it to gauge, but because the wool was worsted weight, not chunky as called for, it has a nice drape that I really like. The problem? Inevitably we're going to get to that part of winter when looseness of any sort in the neck area is a recipe to freeze. There comes a point when only something woolly and clingy will keep out the chill, fashion be damned. Every year I make one or two of these. 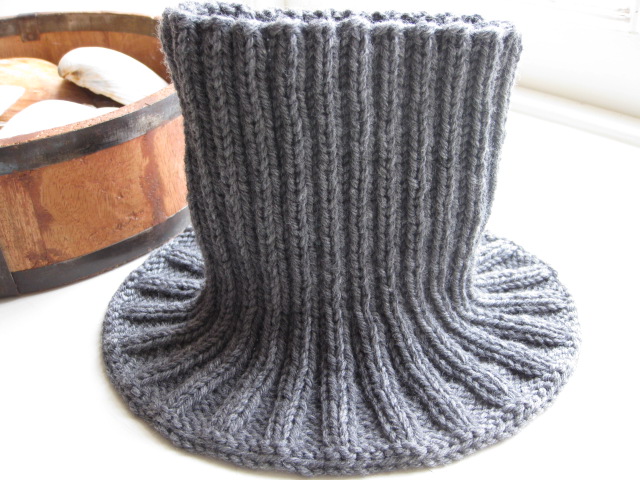 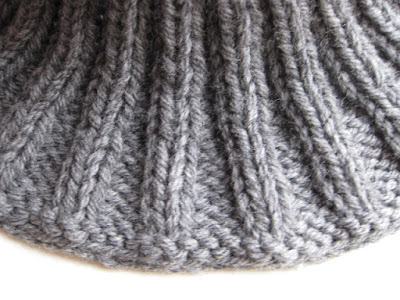 These "Neck Thingums", as we call them, are a critical element in our winter coping strategy. They're unisex, can be worn indoors or out, folded over like a turtleneck (when it's not minus 15C), pulled up over the lower face, scrunched up under the chin, or layered with a loose cowl (like the Bandanna Cowl). So cozy! No wonder we've been known to fight over them. Each one takes only 60-80g of non-superwash wool (you don't want to lose the wool's defining properties, after all). I like to use a soft non-superwash pure wool like Quince & Co's Lark, or Cascade 220. The one pictured here took a little over one skein of Lark in Kittywake. Instructions, such as they are, follow. Hint: download a good audiobook or settle in for some binge watching on Netflix, 'cause you're in for some b-o-r-i-n-g knitting.

Neck Thingum
Using the longtail method and a 16" circ one size smaller than you would normally use for your chosen yarn, CO the same number of sts you would to knit a basic hat. That's 96 in my case. It's also 96 for my much larger son, because this project is very stretchy. The number must be divisible by 4. Join into a rnd, being careful not to twist (as they say), and place a marker to indicate the start of the rnd.
Rnd 1: *K2, p2, rep from * to end.
Rep Rnd 1 until the tube meas approx 6 1/2", or desired length.
Next Rnd: *K2, pfb, p1, rep from * to end.
Cont now in k2, p3 ribbing for about another inch to an inch and a half.
Purl 1 rnd.
BO loosely, knitwise.
That's it. If you decide to wet block the Thingum before wearing, try not to stretch out the 2x2 portion of the ribbing. The whole idea to keep it stretchy, but snug.

FYI, pfb = purl into the front and back of the next stitch.

Alternative Border
Knit one rnd, purl one rnd, knit one rnd, then cut yarn, leaving an end AT LEAST three times the finished diameter, and complete with EZ's sewn bind-off (or casting-on casting off, as she called it) from p38 of the newer edition of her "Knitting Workshop". It looks like purl bumps, but is extremely stretchy, and perfect for the lower edge of the Thingum.

With Xmas only 10 days away, maybe you're looking for the ultimate stocking stuffer (unless you go to Florida for the winter). Since each Thingum takes less than 24 hours of on-again-off-again effort, if you're motivated you could make ten of these before Xmas morning, each one in a different colour. What a great stash reduction plan! What are you waiting for?
Posted by Liz at 2:55 PM

Design Your Own Aran Cardigan 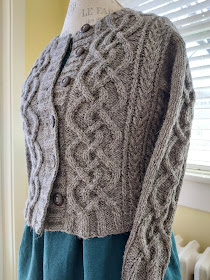 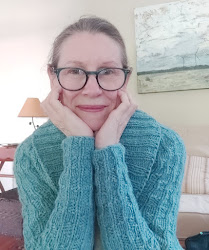 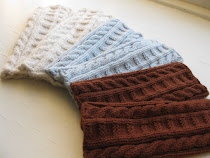 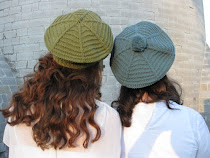 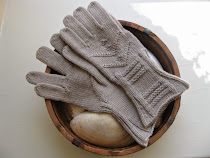 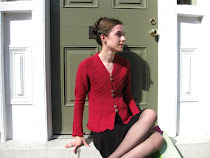 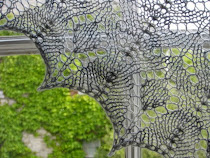 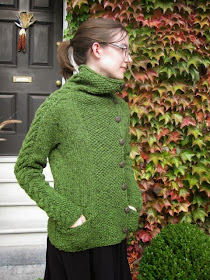 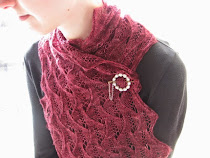 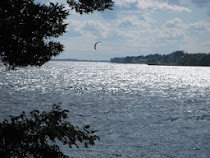