This morning, in the aftermath of heavy rain and flooding, I got around to clearing out the backlog of photos on my smartphone (don't ask which model I have, it's embarrassingly old). Here they are in groups according to date and topic.

1. Canada 150. For my non-Canadian readers, this July marks our country's 150th birthday since Confederation. Our new house is fortunately just up the street from Bellevue House, the brief home of our first Prime Minister, Sir John A. MacDonald ("Sir John A." for short) in the early 1840s when Kingston was the capital of the united Upper and Lower Canada.

During that period, Kingston experienced a construction boom and Bellevue house is a perfect example of the Italian villa style so popular at the time. The house is situated on a rise above Lake Ontario so as to capture cool breezes on hot summer days. Our house up the street benefits from the same, so we are finding that life without air conditioning is quite comfortable (large windows, verandahs, and 10-foot ceilings help too). OK, I confess this summer is on the cool, wet side so perhaps we haven't yet been put to the test.
And, while on the topic of Sir John A., you MUST see this feat of felting. In June I attended a spinning event here in Kingston where this life-size model turned heads. Frighteningly life like. 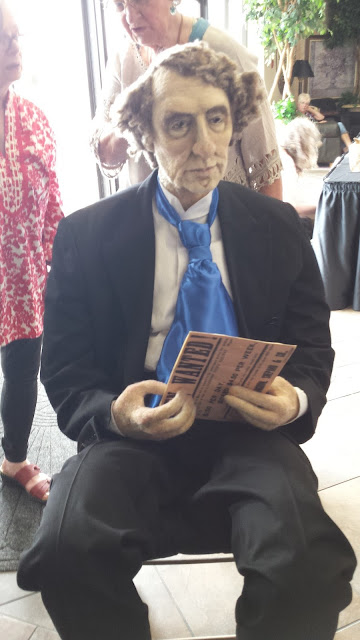 2. Lilies. I have a thing for them, and it's the peak of lily season here. Bear with me. 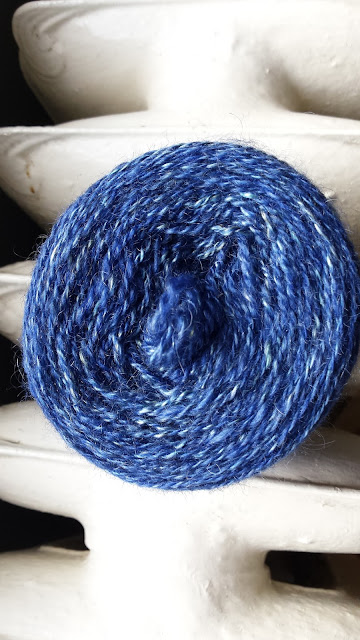 4. While in Toronto staying with a relative and apartment hunting with Isabel (who is now settled into her first real job there), I took this pic of a portrait of my Great Granny White. She was a remarkable lady who lived from 1835-1934. This was done in the 1850s. Her husband owned the Montreal Gazette (and several other newspapers), and became Sir John A's Minister of the Interior during the expansion of the railways. White Pass in the Yukon is named after him. 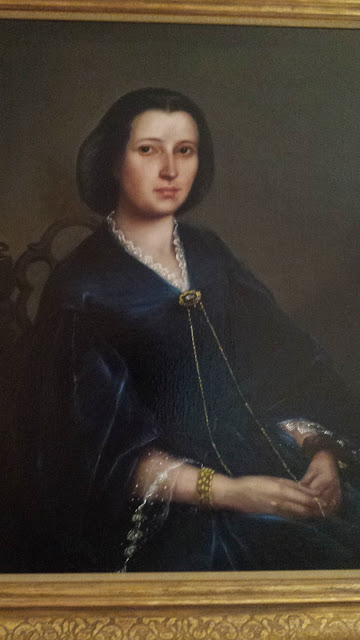 See the gold bracelet? It's now owned by Isabel, who I think is the only family member with a wrist tiny enough to wear it!
Posted by Liz at 9:20 AM