What I Learned at YOSO

With a couple of days between home and the YOSO retreat, I've had time to reflect on what I picked up there. 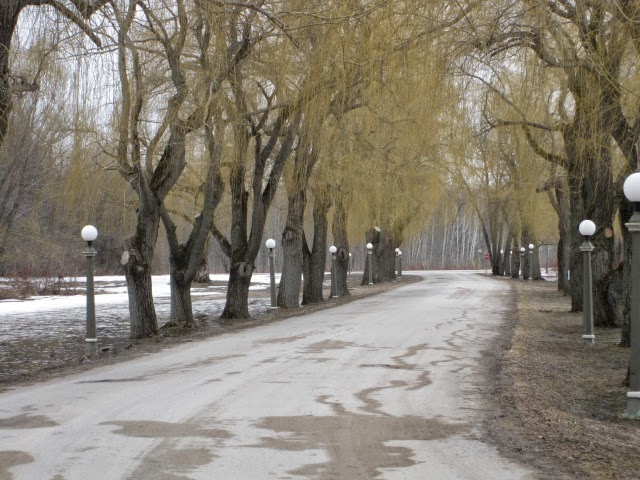 1. I learned (or really, re-learned) how to cast on in ribbing using the longtail method. Thanks Mary Pat! It's so easy, and looks so nice.

2. From Carol,  I learned a nifty way to cast on for a glove fingertip. Actually, it was a class in making covered buttons and she showed how to do a centre cast on with no hole. I'm planning to use it to make fingers for gloves.

3. Robin gave a wonderful class all about bobbles. She's a brilliant teacher and took us through a succession of bobble exercises to demonstrate a bunch of points. Most of them are covered in my own bobble tutorial, but I learned a new method for closing up the gap on the row after a bobble--by slipping the stitch holding the bobble. Can't wait to use it in a project to see how it compares with my own method of picking up an extra stitch and working it together with the next. Robin's method is so much simpler.

4. Classes are a great way to sample a new technique that might be tricky to try out at home. Case in point... 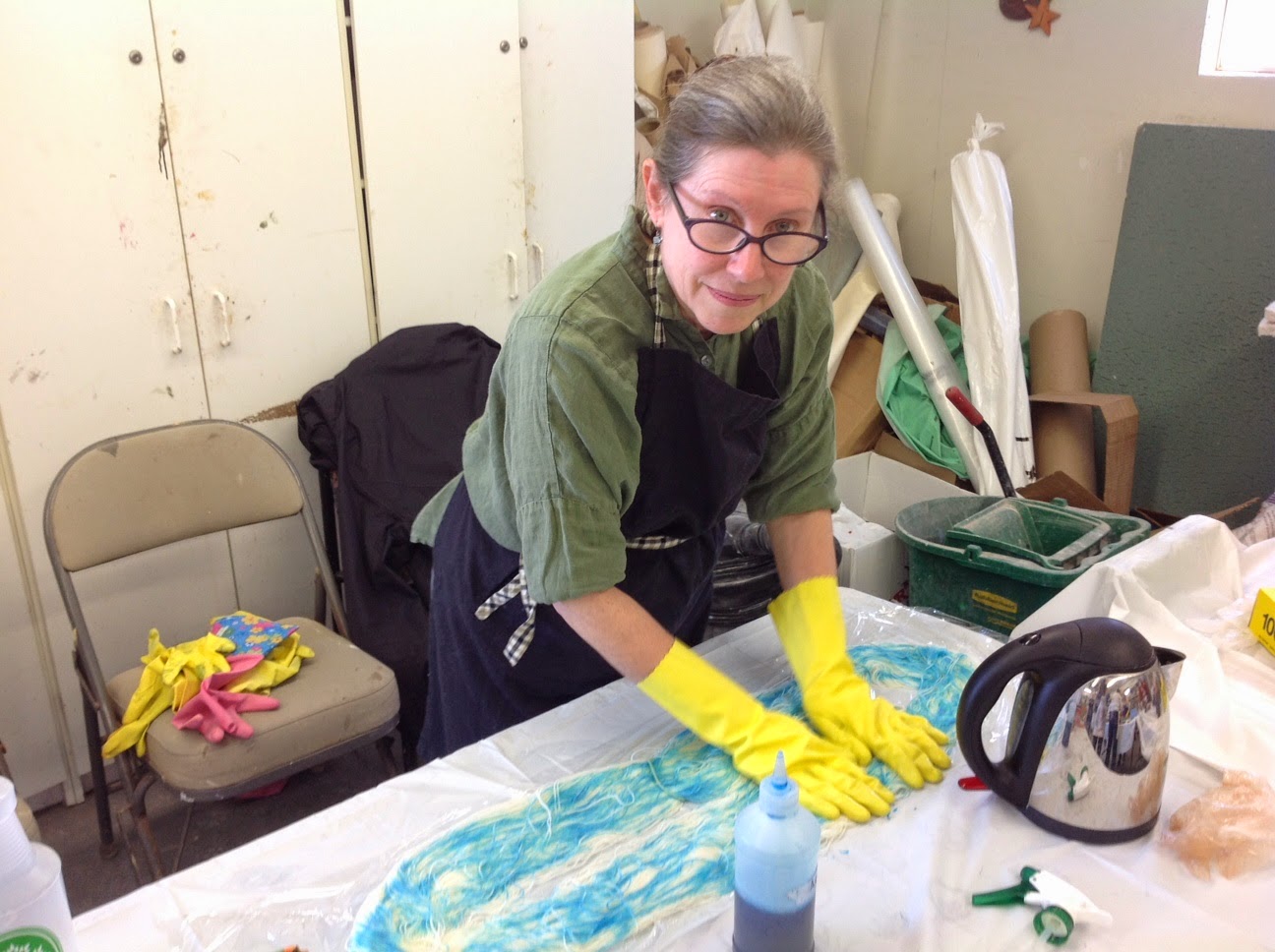 dyeing. Under Lynda's guidance, we used squirty bottles in pretty colours to dye skeins of luscious fibres. It was messy, and I don't think I'm very good at it. Can you see the look of grim determination on my face? I'll stick with wool simmering gently in a pot with food dyes, thank you very much. Come to think of it, I probably have a preference for undyed wool anyway.
Posted by Liz at 5:06 PM