The weather this March is gross, just gross. Rain, sleet, flurries, no sunshine for days. It's true that there's probably more grass than snow out there at this point, and a few brave shoots are poking through the semi-frozen mud, but it's still cold and the lack of sunshine is getting us all down. To cheer ourselves up, we went for walk along the lakefront this afternoon, where we encountered this. 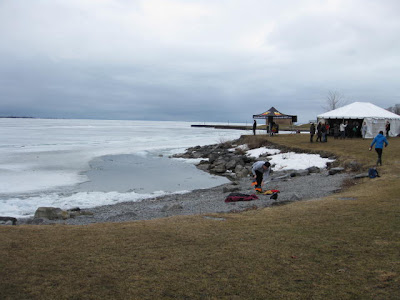 It's some sort of Queen's University charity event involving swimming in the little bit of water you can see at the shore. When we came along, a girl in a bikini was just towelling off. Gives me heart failure just thinking about it.
Further along, we noticed the early stages of the spring breakup. 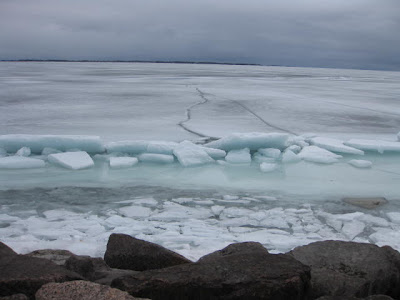 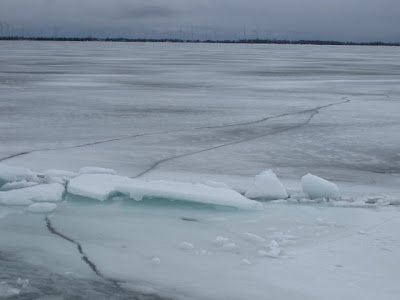 See the cracks in the ice? It won't be long before there's open water. What I really noticed was how quiet it all was. When the lake is open, the surf pounds in and there's constant movement and noise. Today there was almost no wind (the wind turbines out on Wolfe Island in the background were almost motionless) and an eerie stillness.
Posted by Liz at 1:25 PM