We're having one of those days -- a day in the middle of summer when it feels more like late September, or maybe even October. It's 1:30 pm here, and the temperature outside has just risen to 16C (that's 60F). Plus it's grey, windy, and damp, so it feels considerably cooler. I've dragged out Harriet's Jacket, 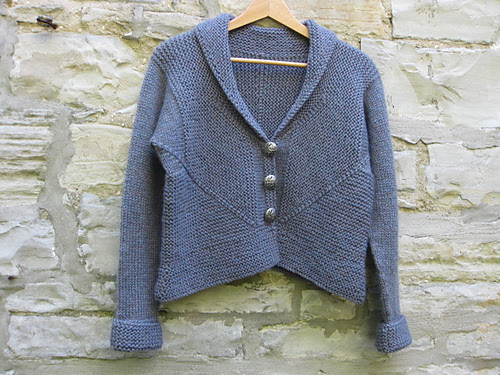 and a pair of wool socks, 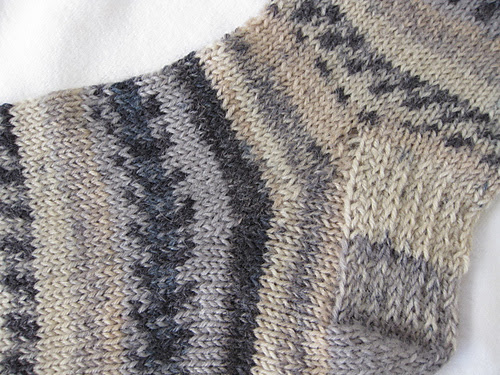 and I'm drinking a mug of steaming hot tea. Why does 16C feel balmy in April but freezing cold in August?
Some knitters have written to me on Ravelry asking for a KAL. So far, no consensus on which design. If you have a view, write to me on Ravelry, or here on the blog. It sounds like a fun idea...
P.S. Things could be worse. It's 14C and raining in Ottawa.
Posted by Liz at 10:38 AM