No "Undo" Button? (And a Little Highland Fling)

If you're in your fifties, like me, you remember the days of the typewriter. You remember typing classes where you were not only timed, but measured for accuracy, because with typewriters, once it was on the page, THAT WAS IT. OK, you could use erasing tape to cover the odd letter here and there with white ink, but there was no possibility of real editing, let alone pressing an "undo" button to result in the magical reversion to what was there before. Just think of all those authors throughout the twentieth century who wrote their entire oeuvres this way. It boggles the mind!
Today, as I was working on some waist shaping for the THIRD time on my new cardigan, I lamented the non-existence of an "undo" button for  knitters. Wouldn't it be ever so convenient to be able to tap a button and instantly have what you just did not only undone, but reversed to what you had done before? I know that sentence is over-complicated, but I think you know what I mean. There are probably knitters and designers out there who almost always get things right the first time, but I'm not one of them. Oh well, apparently even Beethoven worked and re-worked his masterpieces (don't worry, I am NOT comparing anything of my own production to his!) But, when you finally get things right, and today I finally did, it's oh so satisfying. 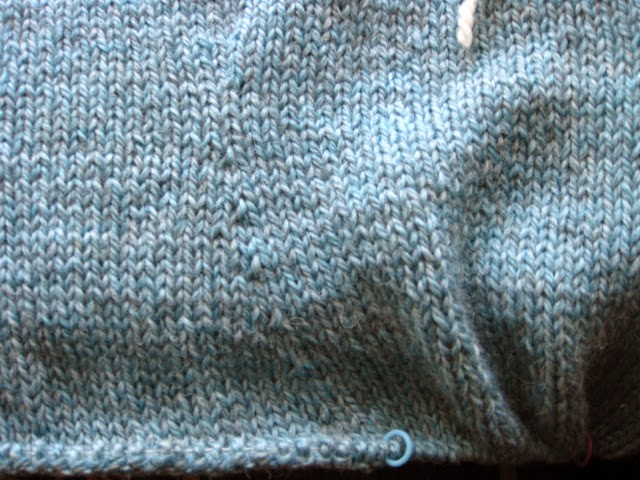 Hard to know if that would be the case if I had an "undo knitting" button. Is pleasure measured in inverse relation to the ease of achieving it?
. . . . . . . . . . . . . . . . . . . . . .
Almost every afternoon, as I sit at my computer, I hear piping--bagpiping to be precise. So today, just to be sure I wasn't imagining anything, and to otherwise satisfy my cusiosity, I took a break after that last paragraph and wandered over to the park. Sure enough, this is what I found: 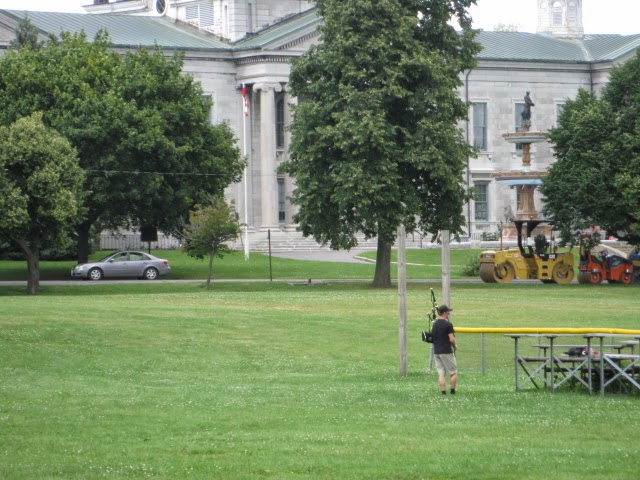 You can get a taste of my daily afternoon concert below.