Back in July of 2013 I self-published Harriet's Jacket on Ravelry. At the time it lingered for 5 days in the number one position of "hot right now" patterns. I wore it to Rhinebeck, and was asked by so many knitters about the pattern that eventually I took it off so that I could concentrate on my own purchases. 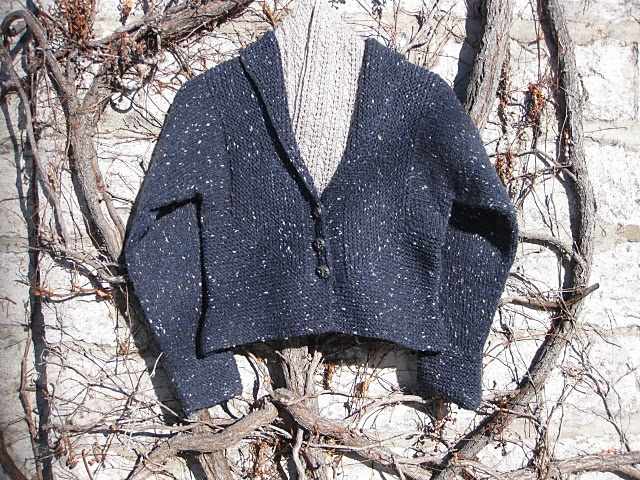 Well, it seems that Harriet is having a comeback moment on Ravelry. Hundreds of downloads are happening and it's on the first page of most popular patterns, and I have no idea why. It hasn't been mentioned in any forums that I am aware of. Anyway, the timing is good because I've been thinking about making an updated version of Harriet. It's such fun to knit. Stay tuned.
It's way too hot here to knit this week. Sewing is OK if I quit by 2 pm when the heat kicks in. I've discovered that one does actually acclimatize to not having air conditioning. The trick is to avoid exposure to air conditioning as much as possible. Going from an air-conditioned car to an un-air-conditioned house is miserable, but if you stick inside the house with the shutters closed on the south side and fans running, you stop noticing the heat. Our WW1 era house with its high ceiling, front porch and deep eaves helps, as does our proximity to Lake Ontario and mature tree cover. Plus, it's not terribly humid, thank goodness.
I finished the Tea House Dress this morning. 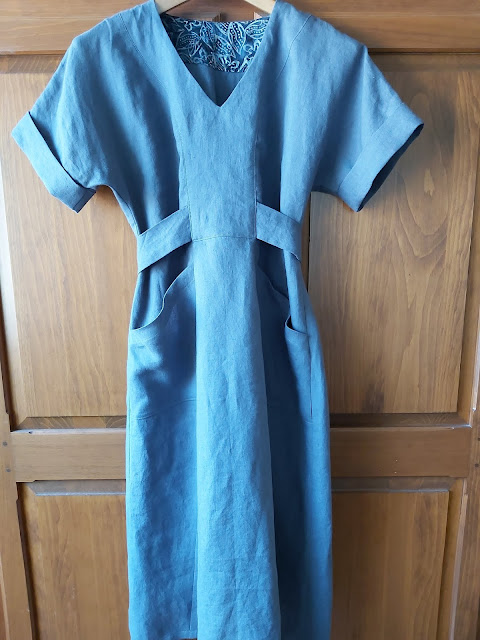 I made the longer version and it has an "Enchanted April", 1920s vibe. At some point I'll bother to dress up with my straw hat and get a proper photo, but it's too hot for that today.
Posted by Liz at 2:40 PM